The album review of King Gizzard & The Lizard Wizard is now available on our website. Scroll down to find three album recommendations from the team at CHAOS and give the playlist a listen! 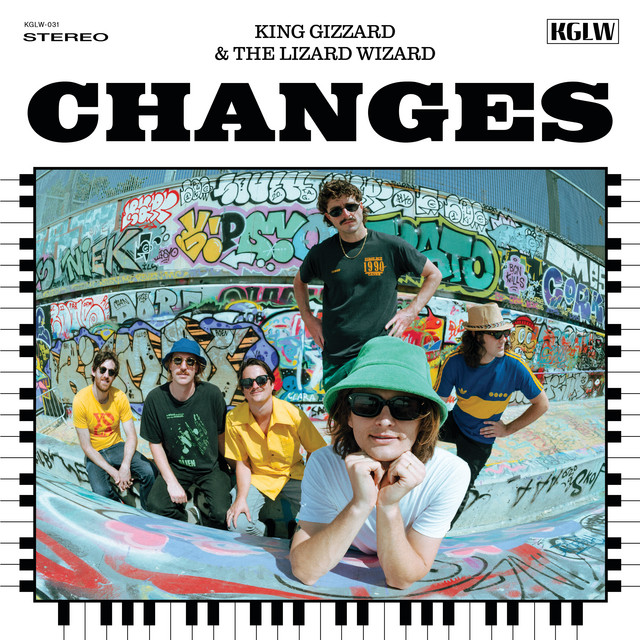 One last one for the road! It’s with a third album that King Gizzard & the Lizard Wizard closes this year of releases, which will have been tested on the American stages that the band has been setting on fire for a few months now. The watchword is still improvisation, even if this Changes stands out from its predecessors by a simple concept: the “D-F#” pattern that keeps coming back to feed the melodies. Simple… almost simplistic? Read the entire review by clicking on the image.

New releases you should check out

The Haunted Youth – Dawn Of The Freak

In two years, The Haunted Youth has taken the lead in the Belgian indie peloton, and it doesn’t look like they’ll have to relinquish that role anytime soon. With the release of debut album Dawn Of The Freak, Joachim Liebens’ band reaches the pinnacle of an exciting ride. Musically, The Haunted Youth leans towards the shoegaze and dreampop of great heroes such as Slowdive, The Cure, My Bloody Valentine and DIIV, but has a very unique and instantly recognizable sound with that typical dreamy guitar, melancholic synths and velvety soft vocals by Liebens. (Mayway Records)

On “Dancer”, Born Without Bones prove that their songwriting chops are sharper than ever. Throughout the lushly arranged album, the band incorporates different chord changes and textures that manage to feel both surprising and satisfying all at once – and never a second away from a big hook. Started as Scott Ayotte’s solo project, Born Without Bones’ lyrics have tracked his growth from his early 20s all the way to the present, and now “Dancer” explores the strange mix of contentedness and conflict that comes with being a fully-fledged adult. The album tackles existential themes by incorporating storytelling into Ayotte’s more autobiographical moments and always tapping into an uncommon sense of emotional honesty.