The album review of Kiwi Jr. is now available on our website. Of course we also have selected the most interesting alternative releases and compiled them in our CHAOTIC TWENTY playlist. Three of the twenty songs are highlighted. Quickly scroll down to see which ones! 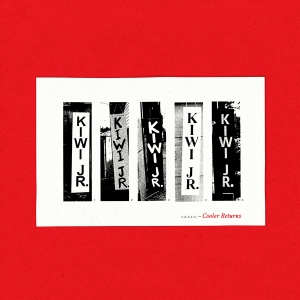 Today Kiwi Jr. released ‘Cooler Returns’, the follow-up of their debut album ‘Football Money’, which received a worldwide re-release in 2019. The 13-track counting album all follow pretty much the same pattern and – with a few exceptions – stay under three minutes. Read the entire review by clicking on the image.

Every week we highlight a few songs that you should absolutely listen to. In week 3 these are:

Genre: rock
FFO: The Racontreurs, The Amazons
Listen because: the song sounds just as you would expect from Royal Blood. Not necessarily daunting, but nevertheless cathy

Genre: garage rock
FFO: Teddy’s Hit, Canshaker Pi
Listen because: is there anyone nowadays who is not panicking!? Surprisingly, the song sounds as though the band has everything under control.

Genre: punk
FFO: The Black Lips, Dirty Fences, ZZZ
Listen because: we can use some over the top kind of energy and we also want to kick against whatever. Okay, also because we support young bands and this is their debut single.